At the October 11, 2012 regular meeting, nine members were in attendance plus one guest.
The annual Leduc club President's Award Plaques were presented to deserving members for their efforts over the 2011-2012 year. President Ray hands out the awards in the photos below:


Volunteer of the Year - Brian Wallace 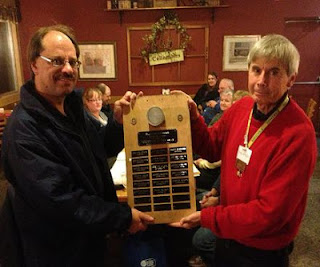 Fundraiser of the Year - Bob Scott 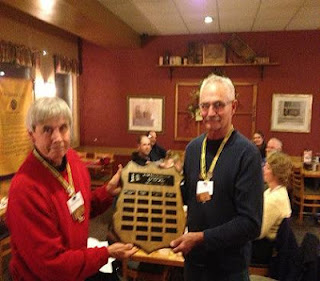 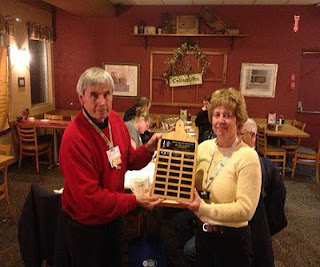 The Optimist International President's Citation for Outstanding Member of the Year was also awarded to - Denise Stamp. 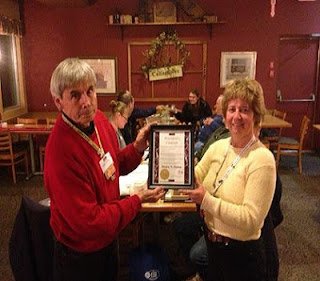 Special, framed Letters of Appreciation for valued, continuing service to our club and others were presented to Peggy Dick and Keivin Wallace. 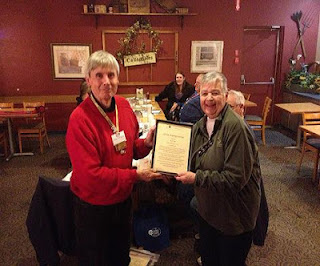 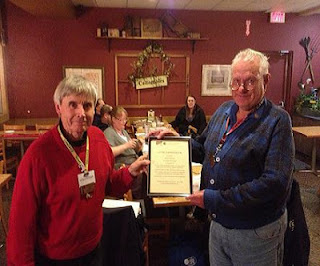 Smitty's Restaurant also received a framed Letter of Appreciation for providing the space in the eatery to hold our twice a month meetings. 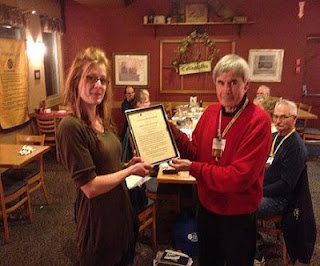 CONGRATULATIONS and THANKS to all the deserving recipients.