On Saturday afternoon April 20th, the Black Gold Optimist Club of Leduc held their second annual SPELLING BEE in the auditorium of the Royal Canadian Legion Leduc Branch 108.
Ten students, in Grade 5 only, from five Leduc elementary schools competed to practice their spelling skills. Contestants were identified by numbered holders with neck bands.
This event differs from other Spelling Bees in that a participant is eliminated after a third spelling error, not just one. This possibly allows a contestant to get over initial nervousness which might cause an early misspelling.
All contestants received framed Participation Certificates, gifts and varying cash prizes. First (red), Second (blue) and Third (white) Place ribbons were awarded to participants finishing in those positions. CONGRATULATIONS and THANKS to all who competed and attended. 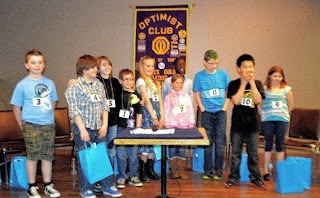 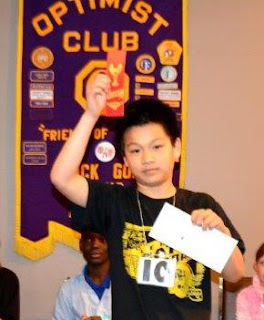 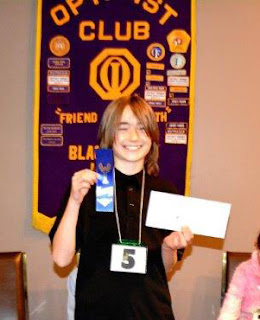 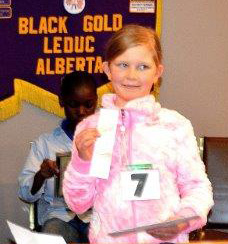 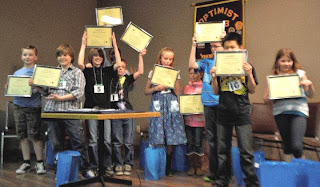