On the afternoon of Friday June 6, 2014, a presentation of $1000.00 was made to the Leduc Tigers Senior High School Football Team during a spring practice session.
Thanks were expressed to the team for assisting our Optimist Club in selling some fundraising raffle tickets.
It was also pointed out that not only did they help their team, but some of the additional net funds realized from their ticket sales formed part of a $500.00 donation made the day before to help build a new playground at a Black Gold Regional elementary school.
Congratulations to the players and Coach Olischefski for the sales success and community spirit. 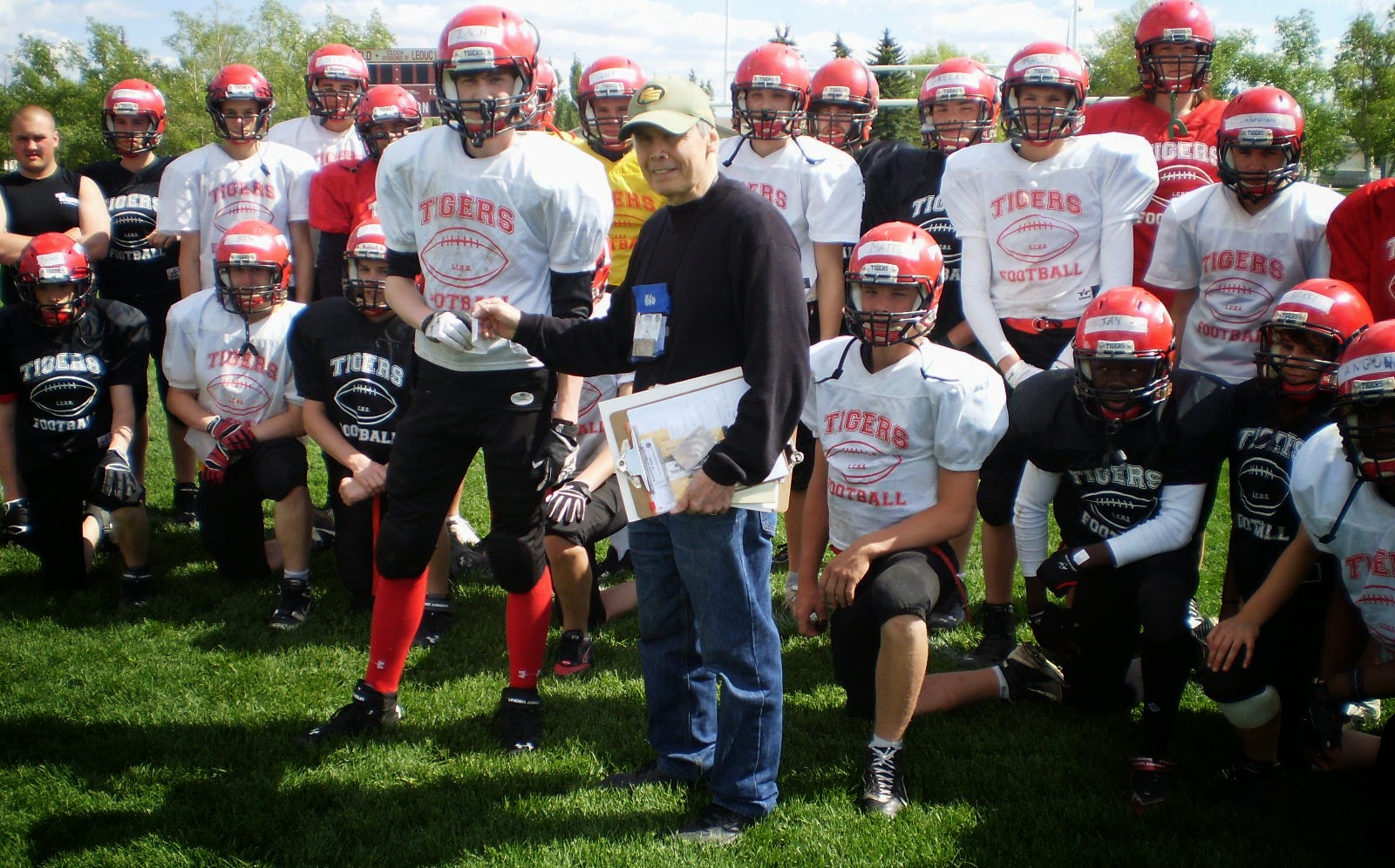 Tigers player Zach Burgess (from whose booklet the Draw winning ticket was actually sold)
receives the donation cheque from Optimist President Ray in front of other team members
﻿
Posted by Connie Ramsey Venturin at 4:29 PM