On Saturday April 18, 2015 the Black Gold Optimist Club's 4th Annual Spelling Bee for Grade 5 only elementary school students was held in the Leduc Legion auditorium starting at 1:00pm.
Five contestants, from three Leduc area schools, were able to attend and compete out of the eight contestants from four schools who were scheduled to appear.

It was, as usual, an educational and enjoyable event for the students, spectators and Club officials.

Congratulations to all the competitors who received cash prizes and Award Ribbons based on final placements.
Also, all the students were presented with Participation Certificates and other gifts from sponsors.


THANKS to:
Royal Canadian Legion Leduc (for use of the auditorium)
Canadian Tire Store Leduc (for gifts)
Leduc Community Radio (for providing and setting up the sound system) 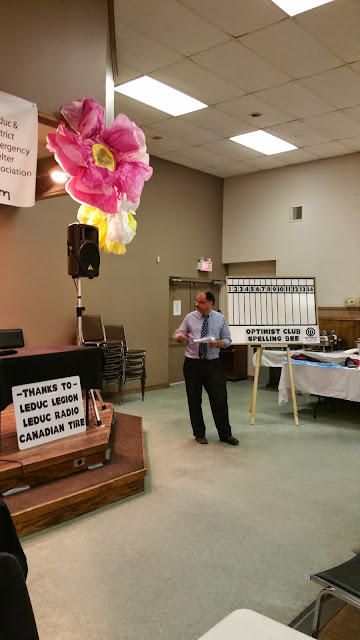 Introduction: Club President Brian explains procedures and the scoring board beside him 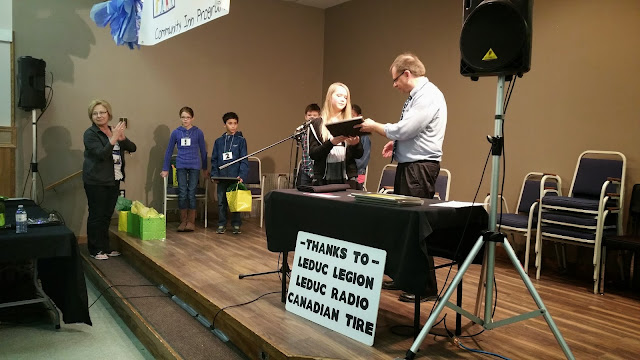 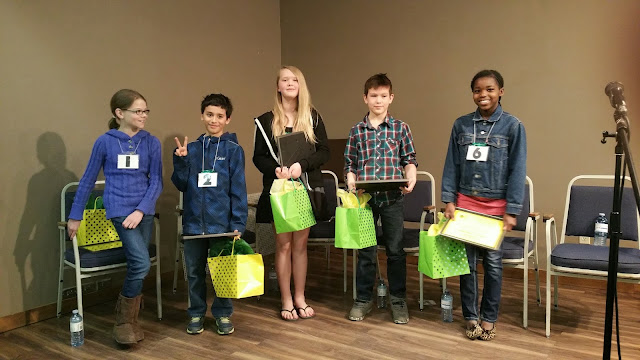 The happy group of contestants at the end with their goody bags of stuff
﻿
﻿
﻿
Posted by Connie Ramsey Venturin at 2:25 PM