At the Thursday June 13th meeting of the Black Gold Optimist Club of Leduc, a donation of $1000.00 was presented to the Leduc Composite High School Tigers football team. Thanks were expressed by the Optimist Club to the team for their assistance in selling some of the Optimist fundraiser raffle tickets which benefitted both the team and the community.


Optimist Ray hands off the donation cheque to the team backfield while others guard on offence.
Team coach Britain Olischefski surveys the action, with approval, from the background. 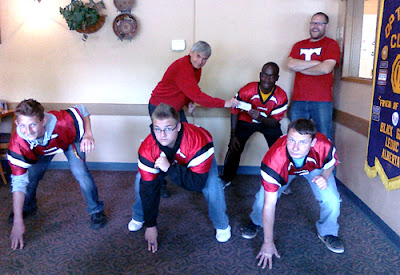 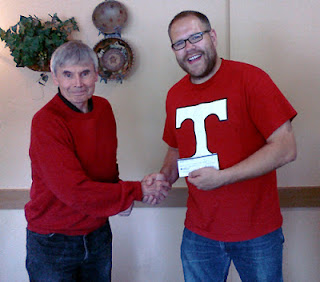 Posted by Connie Ramsey Venturin at 1:34 AM